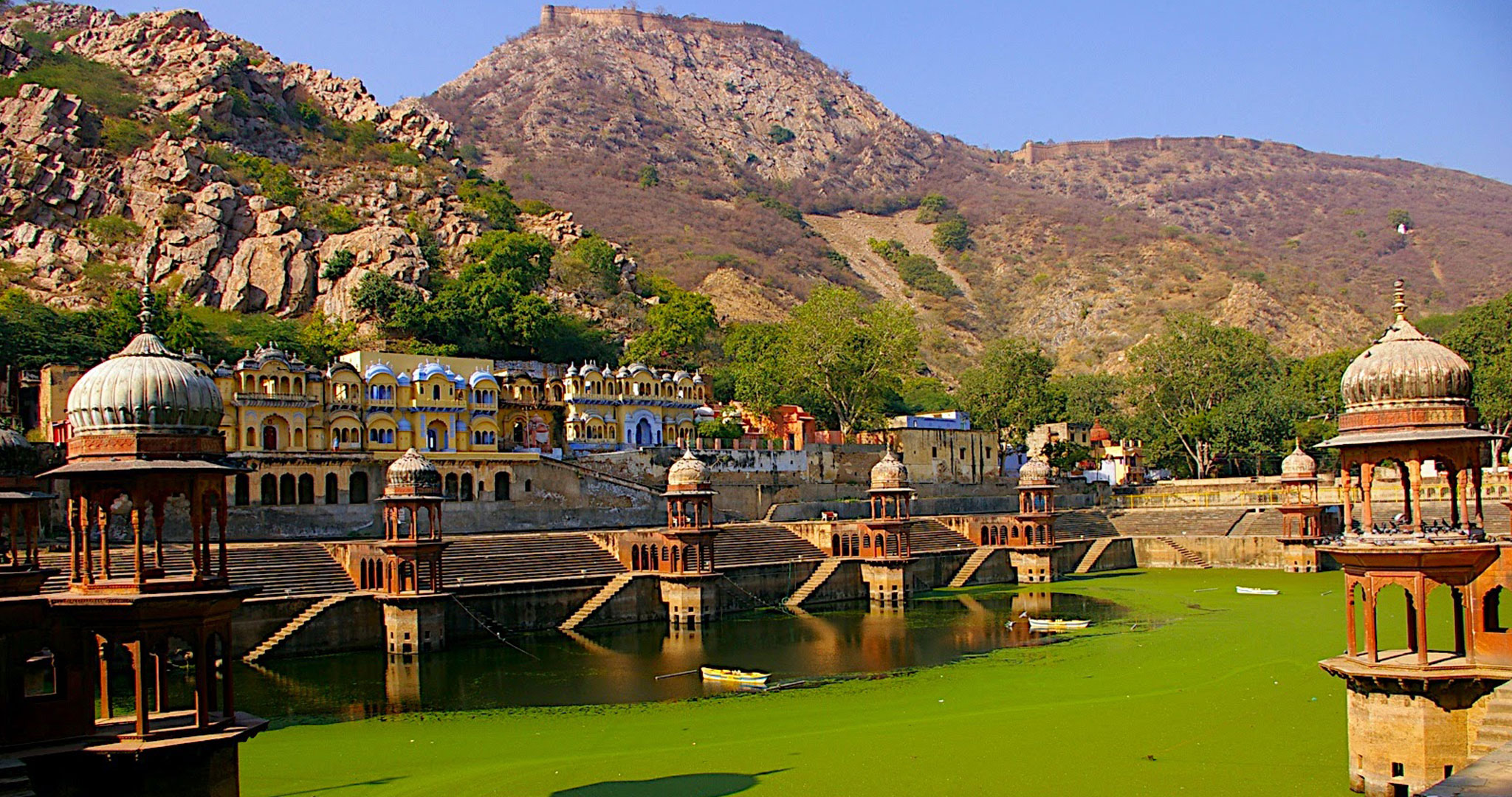 Alwar dates back to 1000 A.D. Maharaja Swaraj, second son of Maharaja Ayush of Amer (old seat of Jaipur state) ruled the area in the eleventh century and his territory extended up to the present city of Alwar. He founded the city of Alpur in 1106 Vikrami samvat (1049 A.D.) after his own name which eventually became Alwar .[3] From time to time, Different sub-clans of Rajputs ruled Alwar. Nikumbh Rajputs, Yaduvanshi Rajputs, Badgujar Rajputs and Last was Naruka (Kachwaha) Rajputs who took the control over this area. Marathas and Jats of Bharatpur also ruled this region for very short period. A brave Rajput Rao Partap Singh took the Alawar Fort from Jat Raja of Bharatpur on an agreement and laid down the foundation for modern Alwar.

Great Hindu King Hemu also born into a Brahmin family in Machari (a village in Alwar) was, a Hindu emperor of North India during the 16th century, a period when the Mughals and Afghans were vying for power in the region. Hemu acceded to the throne of Delhi on 7 October 1556 after defeating Akbar's Mughal forces in the Battle of Delhi in the Tughlakabad area in Delhi, and became the de facto king. He won twenty-two battles in succession and became the last Hindu emperor of India. He is sometimes known as the Napoleon of India. He died on 5 November 1556.

The princely state of Alwar was ruled by Pratap Singh, a Rajput of the Kachwaha lineage, in 1770. He was earlier jagirdar of "dhai Gaon" means two and half villages near macheri. A few years later, His successor Bakhtawar Singh ventured an armed incursion into neighbouring Jaipur, the senior Kachwaha state, and the erstwhile overlord of his predecessor. He was defeated; a fresh engagement was made with him by the East India Company, prohibiting him from political intercourse with other states without British consent. During the Sepoy Mutiny of 1857, Raoraja Bane Singh sent a force to relieve the British garrison in Agra. The Muslims deserted and the rest were defeated by the rebels. Pran Sukh Yadav, who fought beside Rao Tula Ram of Rewari in 1857, settled along with the kinsmen of dead soldiers at Village Nihalpura, Behror Tehsil, of Alwar District.

Alwar acceded unto the dominion of India following the independence of India in 1947. On 18 March 1948, the state merged with three neighbouring princely states (Bharatpur, Dholpur and Karauli) to form the Matsya Union. On 15 May 1949, it was united with neighbouringprincely states and the territory of Ajmer to form the present-day Indian state of Rajasthan