Hon'ble Supreme Court of India in Special Leave Petition No. 38072 of 2012 has directed on 20-11-2014 that the constructions in the area around Fateh Sagar and Pichola lake are in accordance with the provisions of the Controlled Construction Area, Building By-laws 2013. These by-laws have been published in the Official Gazette on February 4, 2014 and citizens are requested to strictly abide by these by-laws so as to avoid any demolition action against possible violation. These by-laws are attached for information. 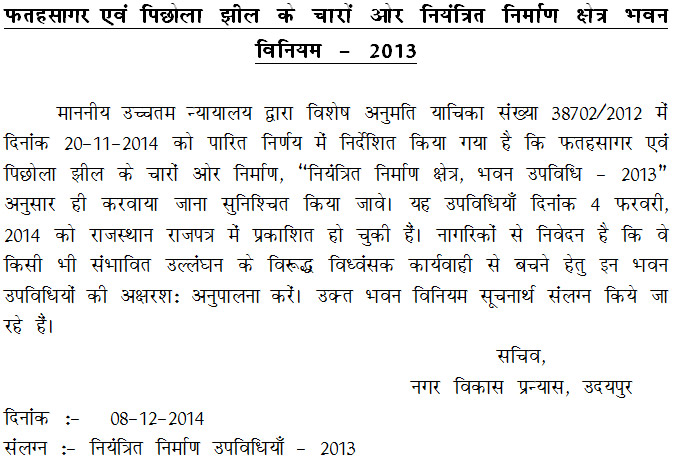